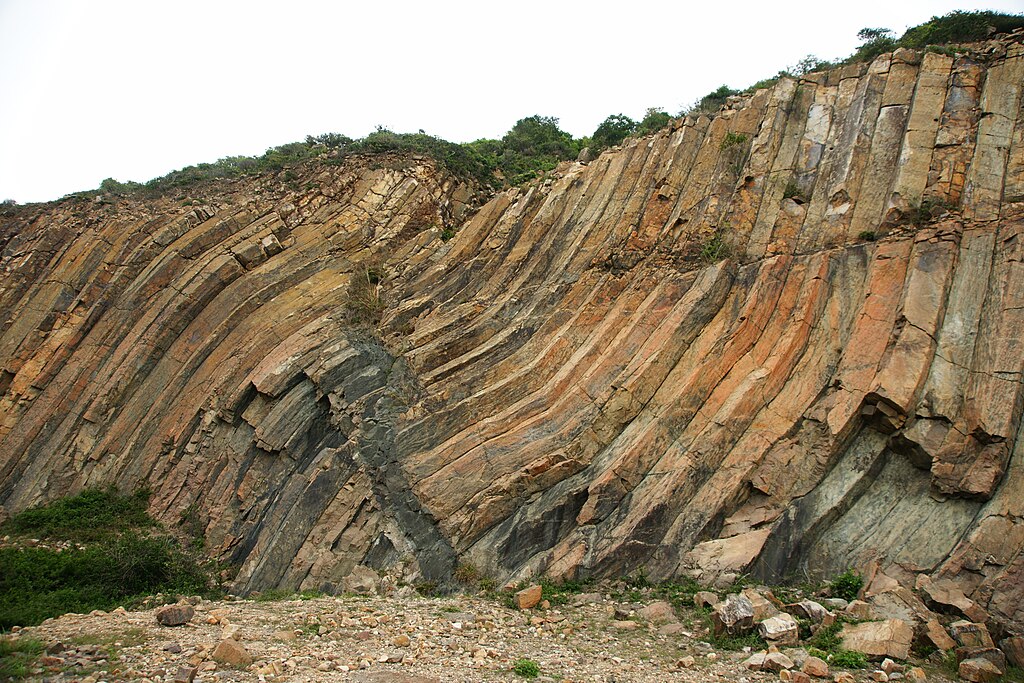 This section has no solos, it's a simple contrast of two strata: (1) descending rapid scales, and (2) sustained chords swelling and receding. Listen to the opening page (score below) here:


The pitches for both are derived from the magic square. The chords are most straightforward, they simply read the horizontals of the square as 6-note chords. The piece starts with the uppermost vertical (the main material + high G), and works its way down.

Here are the voicings; which I just worked on the piano intuitively by starting with the horizontal as written, then moving notes around to form triads where possible. Note also that I opted for a smoother orchestration across the three woodwind and three brass by dividing the 6-notes into two sets (reeds vs brass) that are often triadic, or nearly so in most cases.

In looking back over my notes, I found that I had wanted to emphasise the fact that each horizontal  of the square overlaps notes from two transposed copies (see the red and blue in the square above) of the same chord (the main material of the piece, which could be read as a sharp-11th chord in jazz terms). I had considered sustaining the 'root' of the chord into the next sustained wind chord, to emphasise this root: also emphasising the process of the square/transpositions because this root would keep moving up in register. See ex.4 for my sketch:


The other stratum is descending scales, here on the three flutes as one group, and guitar/piano as the other. The guitar/piano lines are arpeggiated versions of the sustained chords, but reading from the bottom of the square up rather than top down. Originally these were supposed to be completely free-time, but I simplified this to molto rubato. The balance is not great here, as the guitar/piano are often only audible between ensemble chords.

The flutes part was significantly more complex (and took ages...) Essentially, the flutes all read the square the same way—backwards from bottom right—but each flute both places those pitches differently, and subdivides the intervening time and pitch spaces independently. Each interval between successive notes on the square is then subdivided, which may result in microtones. I used a max patch to generate the following, bar-by-bar:
You can see above that numNodes and numNotes are weighted to prefer the middle values, to avoid the parts being too choppy. Once Max had generated the numbers, I had to work out how to assign notes and durations. Ex.6 shows my working-out for this.

As an example of the above, the first bar is 4/4, made up of three nodes each for flutes 1 and 2, and four nodes for flute 3. All three lines start from the square bottom right corner A#, and since the scales are descending I begin with the highest A# on the flute. The three lines read along the square, A#, F, C# (+ A for fl.3 who has an extra node) [EDIT: I just noticed a mistake in b.1 *sigh*. The second "node" of the sequence should be F not G. Ah well... I'll call it G since that's what's in score.] Since flutes 1 and 2 have the same number of nodes, their A#, G, C# are aligned but flute 3 is not: the 4 beats divided into 3 nodes of 1+1/3 crotchets for flutes 1 and 2, and four crotchets for flute 3. Then the numNotes part of the algorithm creates a further layer of distortion by adding extra pitches between the nodal pitches derived from the square: up to now, the system is simply three overlapping readings of the square, a dynamically shifting three-voice canon, but this layer makes each line independent, with the pitches from the square acting as "nodes" to connect the lines. E.g. Flute-2 the A#-G is divided into two, so the midpoint pitch is A-quarter-flat (splitting the minor third into 2 x three-quarter-tone). Flute-2 second node (G-C#) is subdivided in 3, so in this case I chose three pitches inside that interval but slightly unevenly (F#, E, D#) to avoid needing 1/3-tones. I wasn't always strict with these subdivisions, often being pragmatic where the strict application would lead to wasted rehearsal time in a fast and dense section where that detail wouldn't be audible.

The structure of these sections is partially driven by the materiality of the flutes. When the descending line reaches the bottom of their register, it starts again from the top: the whole group goes back up together if any of them reach the bottom, so they sound as a disjointed group rather than coming apart completely. Although notated as fff throughout, this dynamic cannot be maintained in the low register, and the lower notes are often submerged under the sustained chords (intentionally).

The structuring principle of this section is is repetition followed by a slight inversion/change. I repeat this opening strata several times while the sustained chords work their way through the full square. Then at b.22 the material is slightly changed to destabilise the pattern. The flutes abandon the scales in favour of sustained multiphonics, but because these are unstable, the pitches move in and out of focus, leading to a disjoined soundworld that isn't a total change from the scales: an etiolated version for sure (see Ligeti's organ work Volumina for a similar concept). The guitar/piano come more to the fore here, briefly, before the wind chords take over.

Popular posts from this blog

April 15, 2018
The concert is on May 4th, so at some point I had to finalise the piece, though I could keep tinkering forever. Here's the full score as of 12/4/18, there will still be some minor changes I imagine; some things need tidying up, and at the moment it's missing performance instructions (most of which are in the score, but an instruction sheet will be added. Here's the structure of the piece:

December 10, 2017
Cello solo v1 The cello solo will use my prepared cello: not a million miles from a prepared piano as mentioned in previous blog post. The preparations make pitch quite indeterminate, so rather than generate a stream of pitches (like for the guitar/piano) what I wanted to generate was essentially a tablature score for the cellist to create a stream of actions that would limit the indeterminate pitches in different ways to create loose patterns. Tablature notation differs from standard notation be being more about telling the player what do (what actions to carry out, where to put fingers etc.) rather than what sound/note to make. It can be especially useful in situations where the specific pitch result is indeterminate so instead the notation deals with timing, positions etc. See Aaron Cassidy's scores and writings on this as a good example. Below is a page of his solo for any bowed-string instrument, with staves for: (top) fingerings and bowing on the four strings; (middle) fing…
Post a comment
Read more